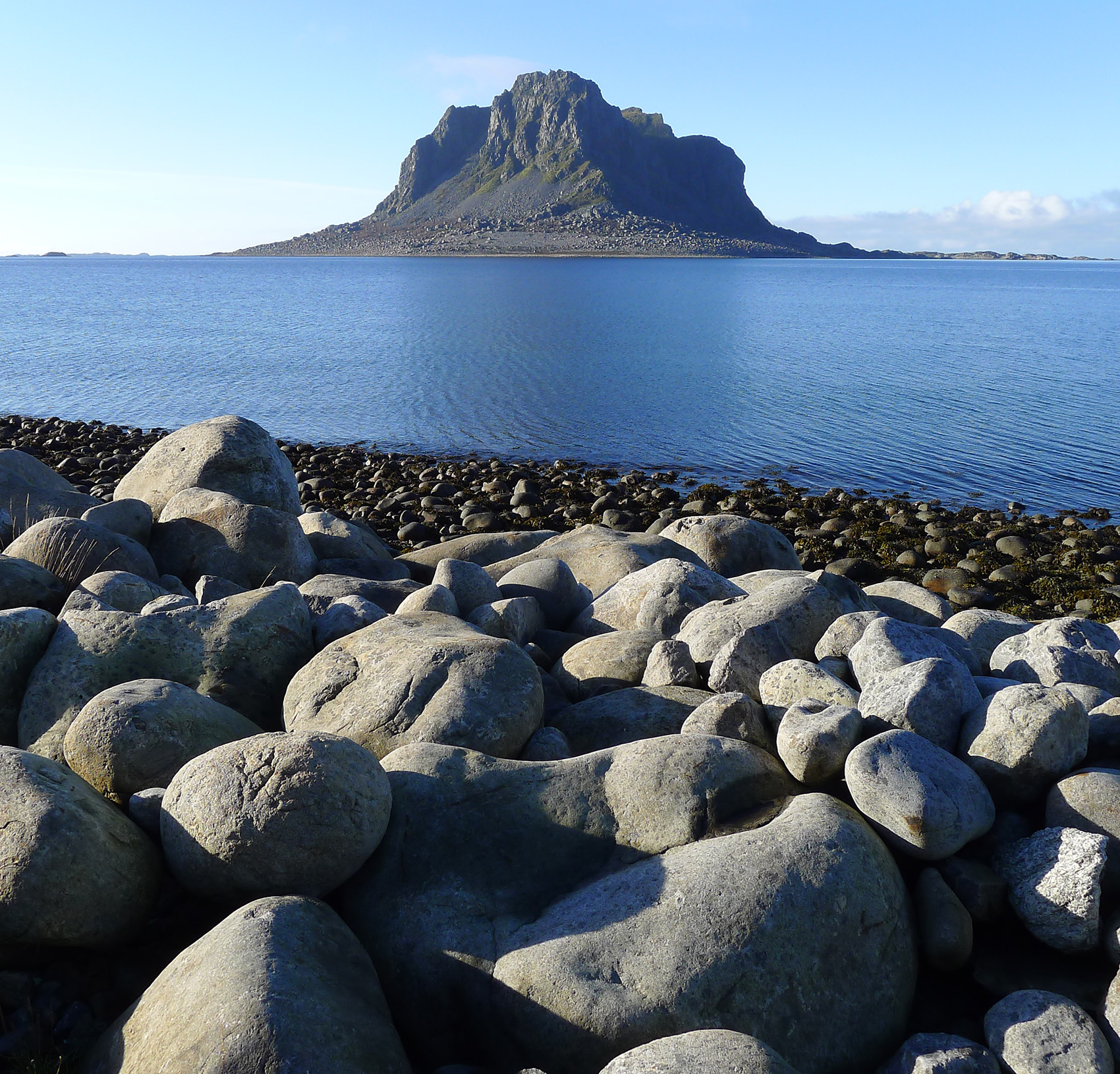 The area at Sundsvoll is a popular resort area, with tables and a barbecue place. Along the beach, unusually large rounded boulders and cobbles can be seen. These large boulders are not just spectacular, but also good representatives for the Vega granite, with enclaves seen in the bedrock. The Vega granite with enclaves can also be seen at geosite V5, Levika. This includes superior examples of nodular and dendritic cordierite that crystallized from the melt forming the Vega granite. The various intriguing shapes of the inclusions will trigger your fantasy, and it is a popular activity for children to look for odd-looking shapes in the rocks.

The scenic trail southward along the coast from Sundsvoll towards Vegdalen offers an excellent view of the island Søla situated a couple of km west of Vega. Søla is defined as a monadnock and is an excellent example of the granite’s resistance towards erosion, as the small island rises high above the sea with steep cliffs. This type of resistant granite, forming small islands with steep cliffs that rise high above sea level, is typical for this part of the Norwegian coast. Landforms such as talus are seen along the steep mountain cliffs and are good examples of mechanical erosion. A raised shoreline eroded into the bedrock can be seen on the southern side of Søla.

Further south, the outcrops surrounding the bay at Vegdalen is of particular interest, providing unprecedented examples of the interaction of granite magma with metasedimentary host rocks. In this area, the granite is in many places a diatexite, e.g. a migmatite composed of partially melted metasedimentary rocks and granite. Oriented swarms of inclusions, in places deviating around large, intact xenoliths, are evidence of flow in the migmatite.