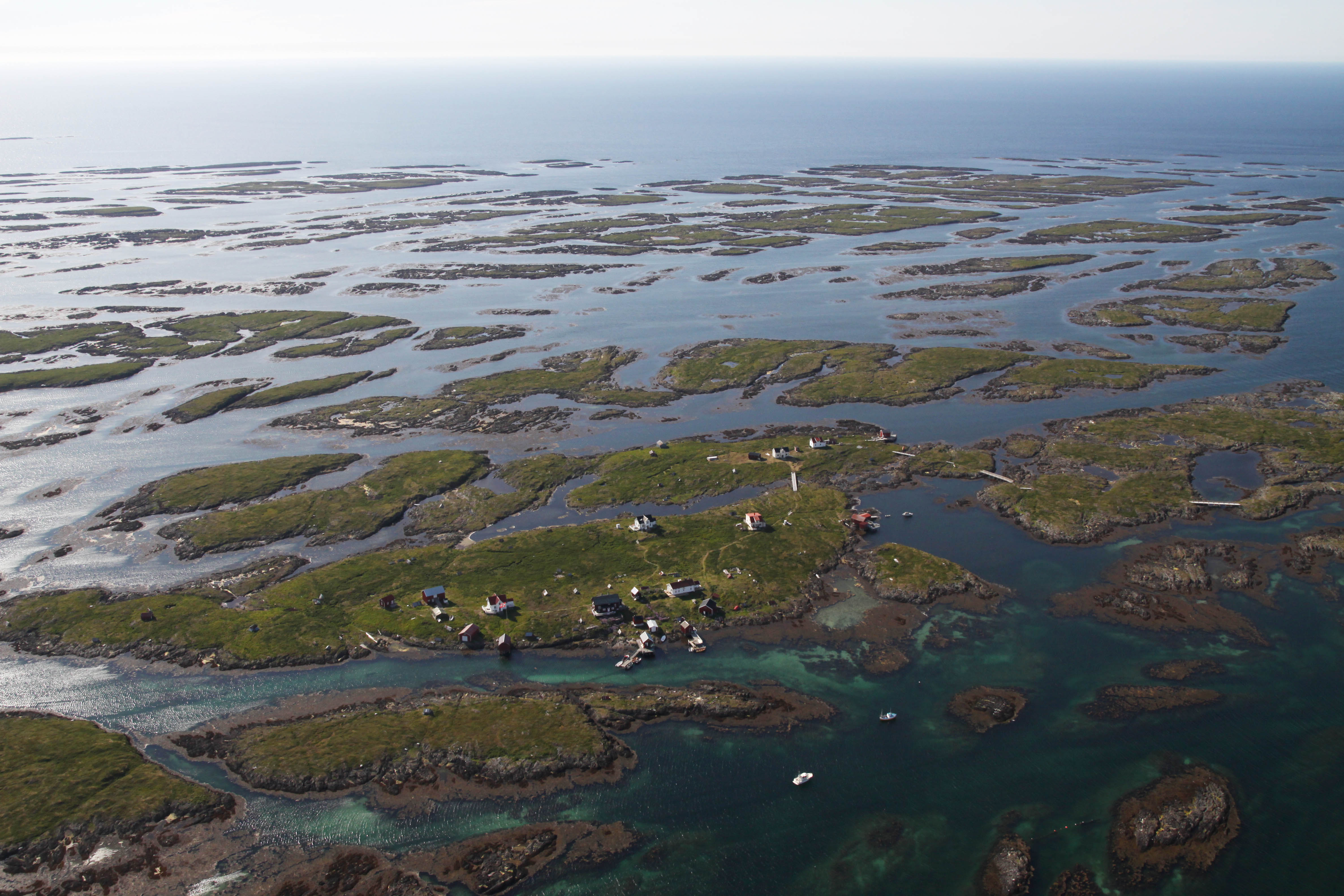 The strandflat is a geomorpological feature that has left its characteristic mark on the Norwegian coastline. Some of the best examples of this geomorphological event is found within the proposed Trollfjell Geopark area.

The strandflat is as a low, flat and wide platform, supporting thousands of stacks, skerries and other small islands, as well as shallow sea areas. Even though it also is evident on other Arctic coastlines, the strandflat is primarily found in Norway. This is also has etymological implications. The expression has its origin from the Norwegian word strandflate, meaning «beach flat».

The strandflat has played a fundamental part in the human history of Norway. These areas provide excellent habitats for fish and marine mammals, thus making excellent hunting and fishing ground available for the first dwellers. Despite high latitudes, some of the islands also provided shelter and relatively lush pastures. The combination of fishing, hunting and agricultural opportunities provided by geological forces, attracted human dwellers from an early stage after deglaciation.

The origin and formation of the strandflat landscape has puzzled scientists for centuries. Several hypotheses have been suggested, from mainly preglacial abrasion, to glacial abrasion as well as frost weathering. The current interpretation is that the strandflat is a result of several processes: First, deep tropical weathering in the Mesozoic, followed by preservation of the weathered rocks and finally Neogene uplift and corresponding erosion by a combination of coastal abrasion, frost weathering and glaciations.

The strandflat is by far the dominant landscape feature in the proposed Trollfjell geopark. In Vega, the platform stretches up to 60 kilometers, making this area one of the widest on the Norwegian stranflat.