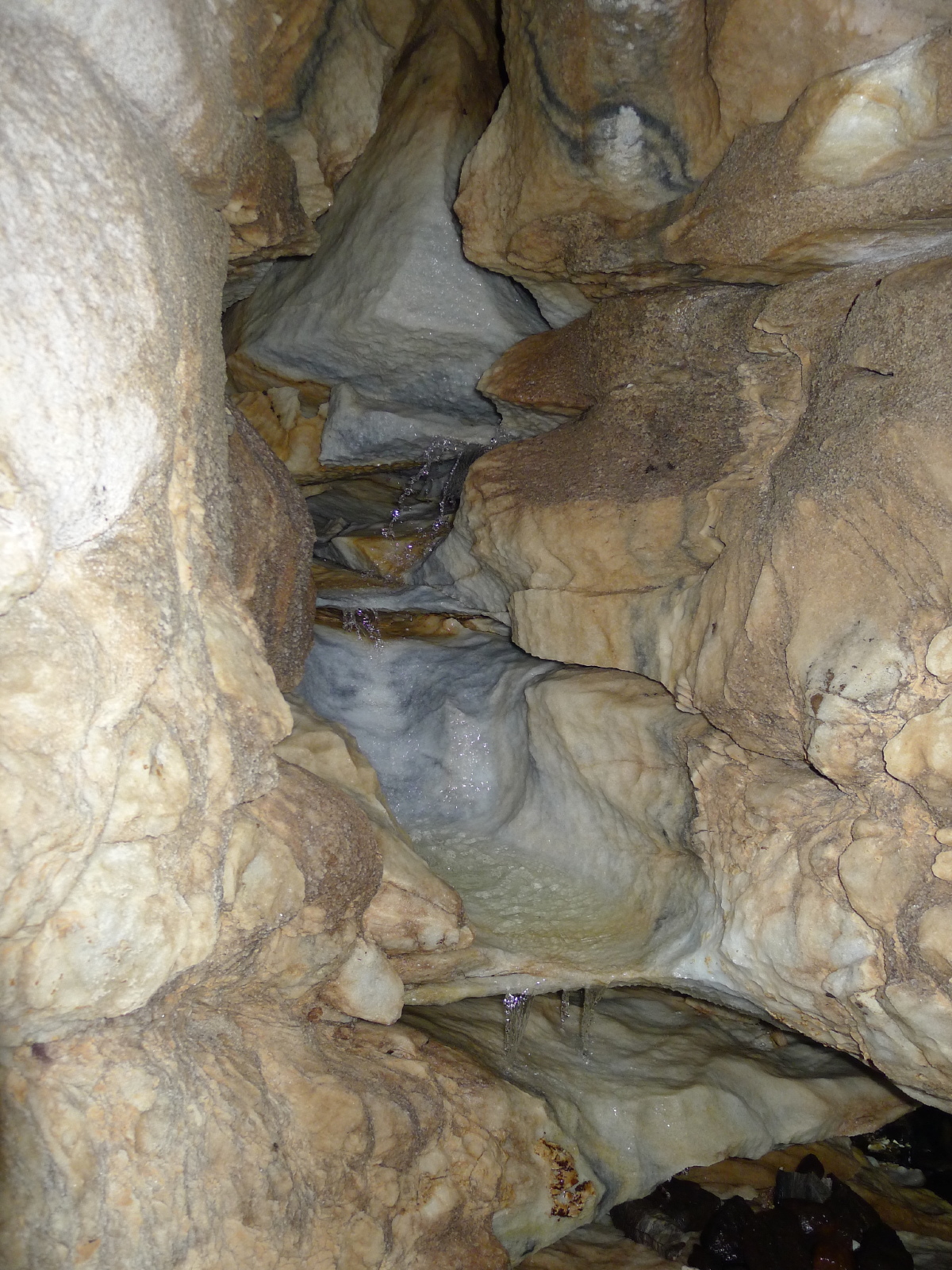 Karst cave where the water is in connection with underground drainage from Engavatnet. The cave has a large portal with cross-sections showing how water and sediments underneath the quaternary ice sheets eroded the cave roof. The phenomenon is called “paragenesis” and is exceptionally well displayed in the cave. Aunhola ends in a water-filled syphon from where a cave stream continues to a spring at the foot of the cliff.

The site might also have archaeological potential, as there is a considerable earth talus in the portal and the walls bear marks of human, possibly pre-historic modification.

The site has great scientific significance as it displays the erosion of a cave ceiling underneath glacial ice. The portal itself is scenic.

The geosite is today available for everyone, but the majority of the visitors come as part of a guided tour. The trail leading to the cave could be better marked.